Please note that the postings are in reverse order, newest to oldest, so scroll down to see the older posts.

And click on the still images to get a larger view of them.
Posted by Simon at 6:03 PM 2 comments: 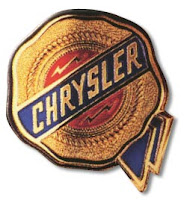 Interest in gas-turbine engines was fueled by the rapid technological advances during and immediately following World War II.  Many ideas that were seen as futuristic had already become reality, and turbine technology was no exception.  Jet engines for aircraft were built and tested during the 1930s and by late 1940s and early 1950s, jet planes were rapidly rendering piston-driven planes obsolete, and it made sense to some in the auto industry that cars of the future would be powered by turbine engines derived from the same technology.

A gas-turbine automobile engine has significant advantages over a piston engine, notably having fewer moving parts than a piston engine, less mechanical wear on moving parts, a smoother ride, and the capability to operate on a variety of fuels without modification.  However, applying turbine engine technology to automotive use also brings an array of challenges, such as poor fuel efficiency at the lower power levels encountered in a car moving in slow traffic or while idling, high exhaust temperatures, making the engines small enough to be installed in a conventional production car, and the expense of the exotic materials required that can cope with the extreme operating conditions in a turbine engine. In addition to those challenges, even such operational issues as the difference in acceleration and braking performance compared to a piston engine would have to be overcome to make the experience of driving a turbine engine equipped car no different than that of driving a car with a piston engine.
The story of Chrysler’s gas turbine cars began in the late 1940s based on work done shortly after World War II on a US Navy turboprop-powered attack plane that ultimately wasn’t produced.  A turboprop engine is a type of aircraft engine that uses the turbines of a jet engine to turn a propeller rather that propelling the plane by jet thrust, and in a similar manner, a turbine automobile engine is geared to the car’s transmission to drive the car.

Around the same time it was reported by Motor Trend magazine that work was being done by both US and European companies on automobile turbine engines, however, Chrysler’s work was kept secret.  During the same period, turbine car work was also being done at General Motors and Ford, but the work at either company was not nearly as advanced as the work being done at Chrysler.  For example, experiments were carried out at Ford with Boeing aircraft turbine engines tested in existing cars, including a Fairlane and a Thunderbird, but work progressed no further than that.   An apocryphal story told about Ford’s turbine test cars burning roadside vegetation was proven untrue, and was later told about Chrysler’s turbine cars.   Meanwhile, work at General Motors progressed as far as a turbine bus and the company’s Firebird series of show cars, however, the major difference, besides how much more advanced the work at Chrysler had progressed, was in the greater focus on the practicality of a turbine car beyond the engineering development being pursued.  As stated by Chrysler engineer Budd Mann:
“Our primary purpose was to demonstrate to the corporation and the rest of the automotive world that a passenger car driven by such an engine could compete with current production vehicles on the basis of fuel economy, emissions, and cost.”  “It would have to do this while displaying its unique characteristics in terms of performance, smoothness, and the sheer excitement of driving a car.  So from the very beginning our program was car oriented.  Although we did a great deal of laboratory and dynamometer work, every concept, every idea, every improvement, was evaluated on the road.”
From the beginning, the goal was to produce a turbine powered version of the proverbial “family car”, rather than attempting to mass produce a production version of one of the many futuristic and visually striking designs reflected in the concept vehicles and future-themed art of the post-war period that ultimately would have been impractical to make into functional vehicles for consumers to drive.

Chrysler’s first Generation Turbine Engine
Initial development work began in October of 1949, with design work on the company’s first automobile  turbine engine beginning in December of 1952, with the engine installed in the company’s standard 1953 model Plymouth Belvedere and first tested in December of 1953, with the first public demonstration  taking place in March of 1954. 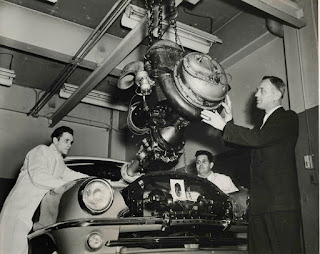 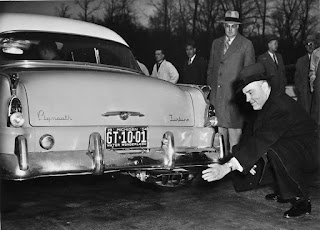 This engine was the first turbine engine to power a production car, generating 100 horsepower (74,570 watts).  This car was also demonstrated to the public at a ceremony for the opening of Chrysler’s proving grounds in Chelsea, Michigan in June of 1954, however problems starting the car required that the car be started out of view of the assembled reporters and kept running to avoid   having the car shut down and unable to be re-started. The starting problems were avoided at a later display in New York City simply by placing the car on display indoors.
The first generation engine was later installed in a different Plymouth and used in a cross-country test from New York to Los Angeles, with the use of radiotelephones by the test drivers adding even more of a futuristic air to the trip. 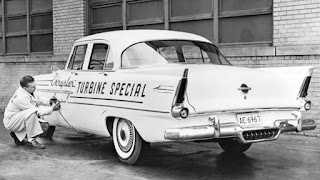 The car driven on the demonstration trip. (Chrysler Corporation)

Ultimately, this experimental vehicle did not lead to a production turbine, however, the research and testing that went into it was the basis for Chrysler’s research and development work in automobile turbine engines for the next 30 years. 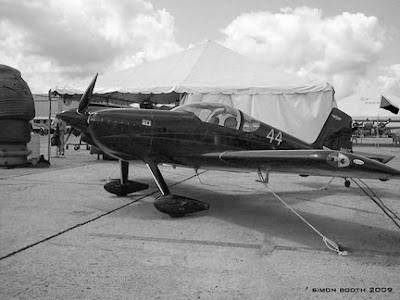 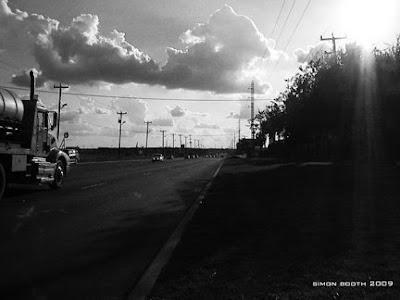 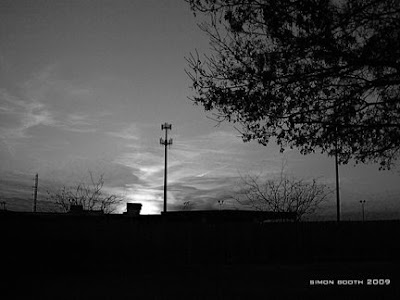 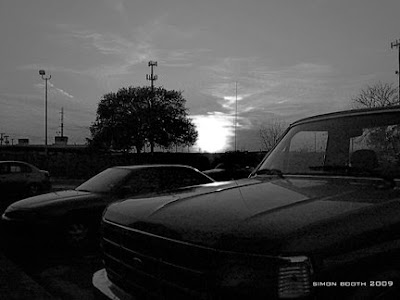 Higher resolution images at:
in the Black and White Photography Gallery.
Posted by Simon at 4:03 PM No comments: 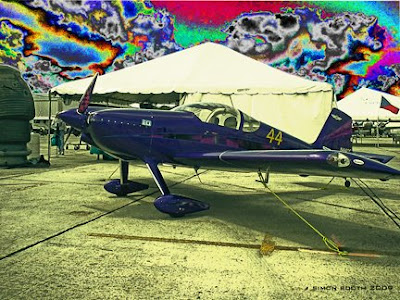 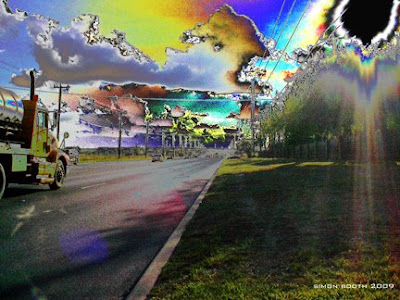 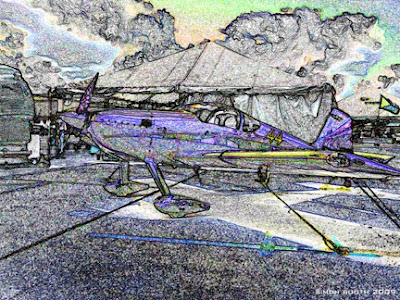 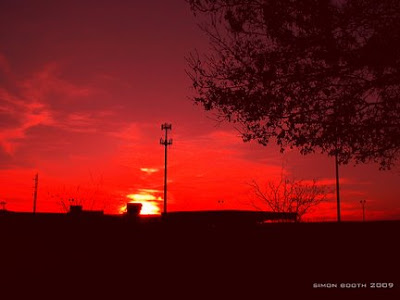 Higher resolution versions can be found in the Galleries at:

http://www.simonboothstudios.com/
Posted by Simon at 3:15 PM No comments:

It's been a while since I've posted anything, but now I have alot of new work to announce.

Check out my redesigned site, www.simonboothstudios.com and check out Portfolio 2009 and the new Galleries links.

A couple of examples of my current work: 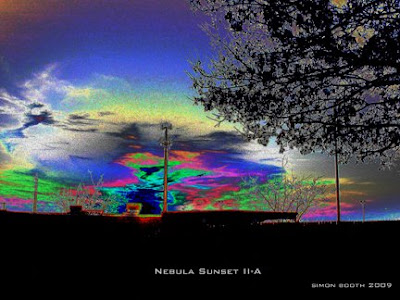 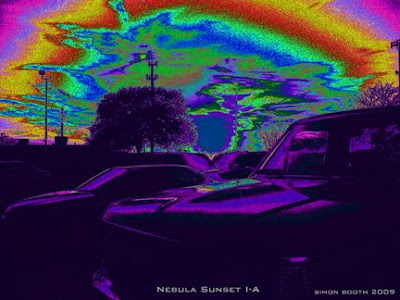 Labels: Animation and Video, animation portfolio short demo reel
I have completed my Computer Graphics degree! The final course in the program was Portfolio Development, and here's the online version of my portfolio:

Portfolio Site
Posted by Simon at 7:30 AM No comments: Movie Poster:
Posted by Simon at 3:58 PM No comments:

A greatly improved version of the original concept from several months ago. Overall a fun and challenging project, and open to even more improvement in the future as I gain more experience with Lightwave. On one hand I wanted to do so much more with this, but on the other hand I know that it's simply a matter of being more patient and taking the time to practice more with Lightwave rather than worry about how fast one becomes an expert with it.